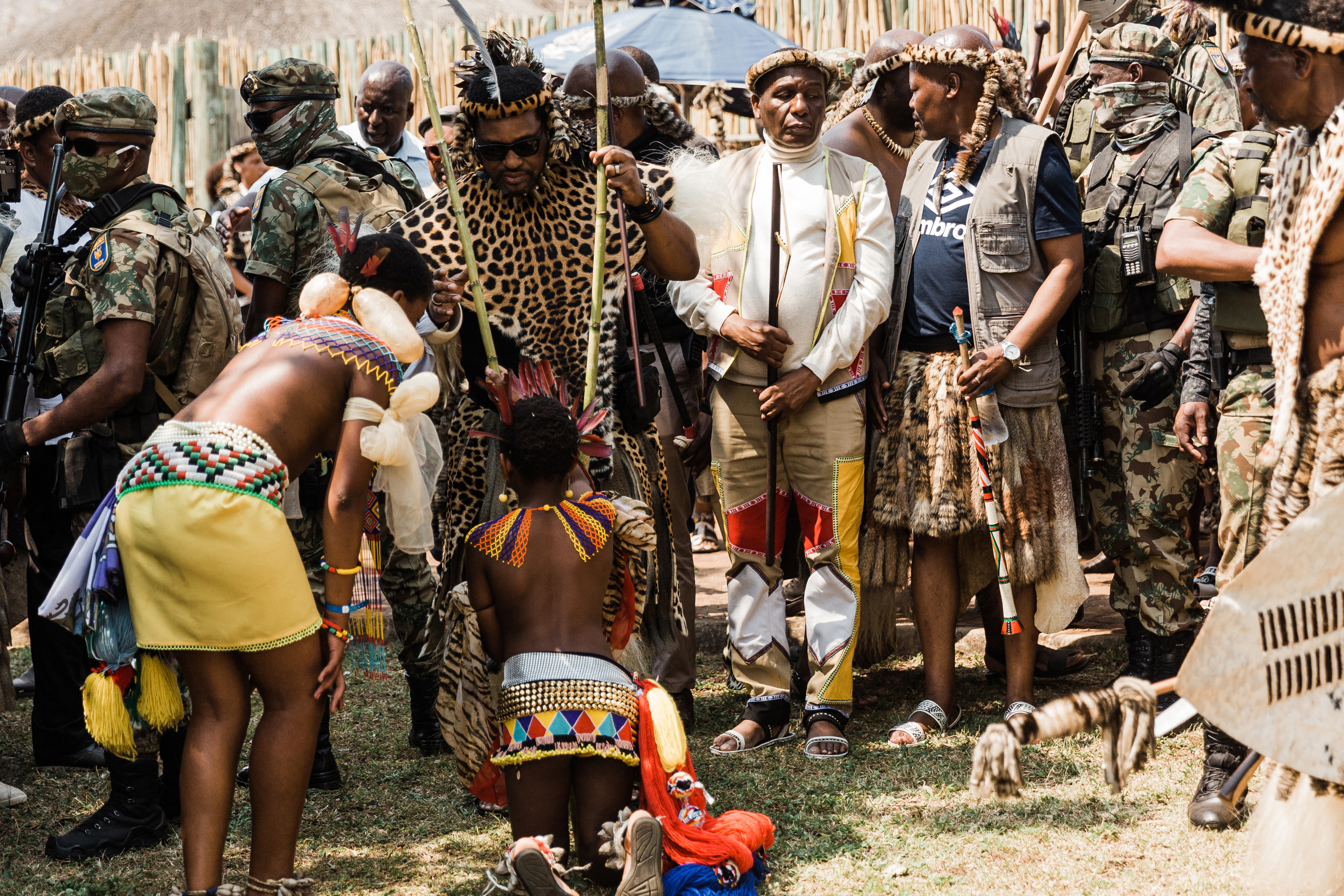 South Africa's new Zulu king on Saturday celebrated thousands of young women at a colourful traditional rite of womanhood, defying a row over the legitimacy of the royal succession.

At a stadium nestled between mountains in Nongoma town, the birthplace of South Africa's ethnic Zulu group, bare-breasted young women ululated and cheered as their new king addressed them.

The young women wearing traditional beads on the neck, waist and the head, kicked off a day of festivities, presenting reeds and filing past the newly-crowned Zulu king MisuZulu Zulu.

The King emerged from a tight circle of Zulu warriors to accept his first ever reed as the new monarch, smiling as the crowd chanted in praise.

Every September — the start of southern hemisphere spring — thousands of women, known locally as maidens, participate in the “reed dance” in KwaZulu-Natal province.

The ceremony is a traditional rite of womanhood, rooted historically in an occasion when the king would select new wives from among his subjects.

The 47-year-old new head of South Africa's largest ethnic group was recognised as monarch at a traditional ceremony last month following the death last year of his father King Goodwill Zwelithini, who had reigned for 50 years.

READ ALSO:  Jalang'o Called out By NTV After Failing to Show up For Interview without Apology

It is the first time the dance is taking place since the outbreak of the Covid-19 pandemic, and MisuZulu's first time presiding over the reed dance.

Dressed in a leopard skin shawl, the king smiled confidently throughout the ceremony and his speech which was punctuated with bursts of laughter.

“This is the first time I have seen such a large number of young girls and Zulu warriors attend a reed dance since I was born,” the king said, thanking the estimated 10,000 women.

“We are proud of you and we love you,” he said to loud cheers, chants, ululations and spontaneous dances.

He spoke about rape and femicide which plague South Africa.

“Violence against women and children is an embarrassment to our nation,” he said. “A woman is to be respected and protected. We must do better as men”.

Sixteen-year-old Amahle Shange was making her debut at the festival.

“I am excited to be here for the first time, I can't believe it's finally happening and I'm seeing things I've never seen before,” she told AFP.

The “reed dance” was abolished for several years but revived in 1984 by MisuZulu's father.

This year's event is however clouded by an ongoing succession battle.

One faction of the royal family believes MisuZulu is the rightful heir as his late mother, Queen Mantfombi Dlamini Zulu the third queen consort and sister to Eswatini King Mswati III, was a royal princess.

But Prince Simakade, the late king's first-born son who was born out of wedlock, has been championed by dissenting relatives by virtue of being the late king's eldest son.

The king called for “peace and unity (to) prevail in the royal house.”

He also extended condolences to King Charles III on the death of Queen Elizabeth II.

“Our history with the British isn't covered in glory,” he said. It was his defiant ancestors who inflicted one of the British Empire's worst defeats in 1879 when they fought bloody battles against the British colonisers.

Prior to the reed dance, the participants had their genitalia inspected, a practice condemned by rights advocates who say it is demeaning and an invasion of privacy.

“I've got teachers here, engineers, they have cars; there are attorneys, which goes to prove wrong those who say our culture is outdated,” she told AFP.